What do you do when signs like this condemn you to staying in heavy metal suburbia? Acres and rows of caravans, SUVs, Winnebagos and mobile homes?

I’m getting the impression that every morning in Australia entire tribes of grey nomads uproot themselves and move off in a clockwise direction around Australia, like those great swirling schools of fish that are rounded up by dolphins. Millions upon millions of dollars, entire cities on the move each day.

The night before last, I complied for a single night for $45 for a “powered site”; a place to pitch my swag, park my truck and charge my computer, take a shower and walk 150 metres every time I wanted to take a piss. Faced with those kind of options, there is only one choice for me, become an outlaw.

In Exmouth, Western Australia, the tourist guide books recommended watching the sunrise falling on the ridges at Shothole Canyon in the Cape Range National Park. After doing a recce during the day, I calculated both sunset and sunrise would be good,. But risking driving in the dark over several miles of rough gravel road regularly crossed by kangaroos and stray livestock seemed a logical justification for ignoring the law. So, I found myself a well-concealed little campsite, well off the road, a few hundred metres from the canyon and pitched my swag to wait for the light. 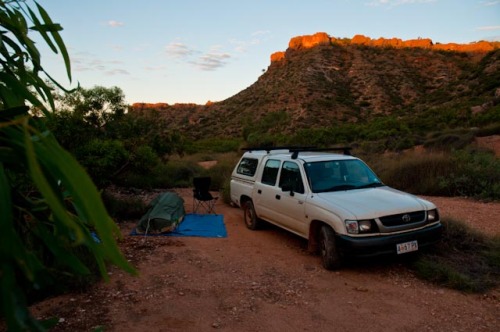 My campsite at sundown © Rob Walls

I know which of these two campsites will linger in my memory. 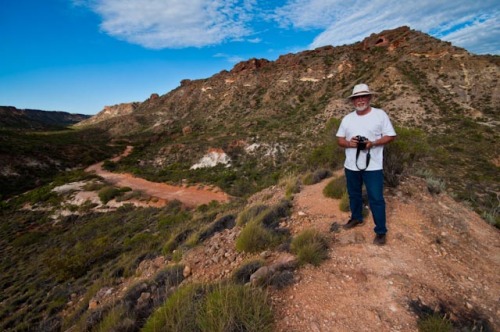 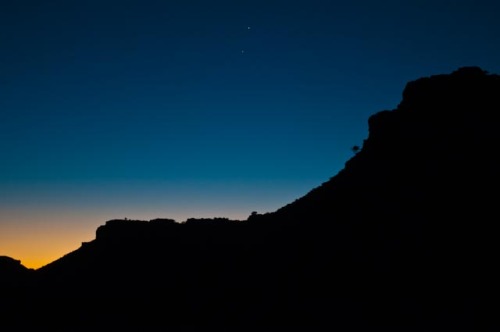 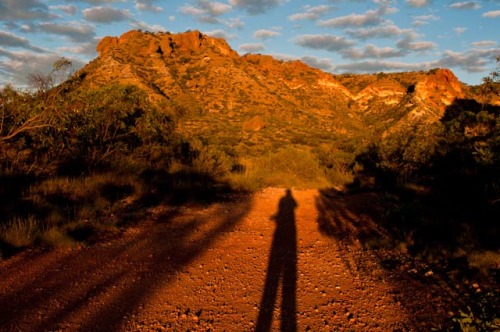 I could write a lengthy diatribe about loss of freedom, the shrinking of our horizons, the nanny state, but if I did, I’d have to admit that part of the enjoyment is in defying the restrictions that would corral us all in fenced-off, controlled areas where one’s wallet is captive to the conventional.