At the time my daughter Cassandra wanted to get her long hair cut short, I complained loudly at the extravagance. $50 for a hair cut! Still, doting fathers can complain all they like. In the end beautiful daughters always get what they want.

I decided to shoot some pictures of this, her first appointment in a grown-up salon. This picture is the fifth from that session that has sold this year. So far I’m about $1,000 in front on that hairdressing appointment!

This fine portrait of Australian soldier, Private John Hines aka The Souvenir King is part of a very interesting series of photographs from the Australian War Memorial held by the National Media Museum on Flickr under a Creative Commons Licence. Some of the photographs are by that sometimes controverial Australian war photographer, Frank Hurley. It was Hurley’s belief that darkroom manipulation was the only effective way of conveying the drama of war. Some of his pictures were a combination from many separate negatives. As you can see, photo manipulation was prevalent long before the arrival of Photoshop and digital imaging.

I am not ashamed to admit that I don’t mourn the passing of film. The hollow, pissing-in-the-wind wails of those who claim a resurgence of the medium, cut no ice with me. One of the complaints of the old-hand film devotees is that in days gone by you could buy a camera and it would be twenty or thirty years before it needed replacing. I fail to see the merit of the argument. When I used a Speed Graphic, I welcomed the move to a twin lens TLR, When I used a rangefinder camera, I embraced the arrival of the SLR, then in-camera exposure metering and motor-winds.

One of the greatest joys of the photographer is opening the box of a brand-new camera and lifting out a pristine machine, full of potential and possibility; breathing in the new camera smell, so sensual and full of promise. I delight in the upgrading of my digital cameras as now I can get that new camera hit every year. If they could package that smell as an after-shave, I’d buy it.

I don’t splurge on the top-of-the range, $5,000 models, preferring mid-range professional cameras. Cameras that will do the job without breaking either my back or my bank. Pragmatic and unsentimental, I look at it from the point-of-view that a new digital camera can pay for itself with a single day’s work or the licencing of a few good stock shots. After that it’s all profit.

This month, I’ll enjoy that new camera charge twice. Two weeks ago with Canon’s beautifully rugged point-and-shoot, the G11…and next week opening one of those beautiful golden boxes and inhaling that heady Nikon smell with the delivery of a new D90.

I still recall the pleasures the darkroom gave me…but like old loves, I don’t want to revisit them. I’m content with replacing the smell of developer, stop bath and hypo with the more subtle and sophisticated aroma of new digital hardware. The odors of the darkroom were always about the past, of pictures already made; the smell of a new digital camera is about the future, it is the promise of pictures yet to come.

“Be not the first by whom the new are tried, nor yet the last to lay the old aside.” Alexander Pope 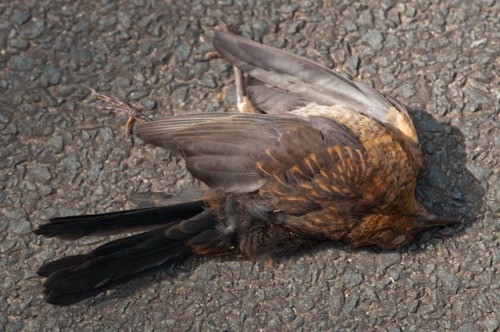 As dead as film...another lens test. Can't wait for the new D90 to arrive. © Rob Walls

Too much history; too much black and white; too many old pictures lately…so I thought I’d post something I shot last week with my new walk-around camera, the Canon G11. This is the fire escape behind Kodak House in Hobart…still flaunting its bright corporate yellow though the company no longer occupies the building.

A Stamp or two from the album…

In 1967, I was hired by UPI to shoot publicity stills for the John Schlesinger film of Thomas Hardy’s, Far From the Madding Crowd. Ten days of big budget movie promotion with Julie Christie, and Terence Stamp. A week of hard work and hard partying; dining on venison at Longleat with the Marquess of Bath, chartered trains to tour Hardy country, fine wines, unlimited Cuban cigars…and a brief to individually photograph a hundred invited journalists from all over the world, talking with the stars. Motor drives were just coming in but I had yet to afford one and shooting 30 rolls of Tri-X a day, I blistered my thumb on the milled wind lever of my Nikons.

Terence Stamp had just come back from filming a Western in Texas (Blue) for which he had had his hair bleached. In those days when grooming was considered an essential part of status, I couldn’t help think how scruffy he looked. He was just trend-setting. It would be a year or two before I adopted a more hippy style.  And in hindsight, he just looks so damned cool! Still does…

Terence Stamp in interviews for "Far From the Madding Crowd", © Rob Walls1967

Right back at the beginning of my career,  I had what I like to think of as my “big break”. While it was a break for me, it was a far less welcome break for the other photojournalist involved.

In 1964, as a young, and very inexperienced photographer I was sent by the Australian Government to the Department of Information in Papua New Guinea to fill in for three months, while the local photographer took long service leave. This was an exciting assignment to get so early in my career. I had been working as an assistant photographer for just on a year and here I was, thrown in at the deep end, in nominal charge of a photo department, with several staff and a hell of a lot of responsibility…and to New Guinea; still a distant and exotic location.

Because it was the run-up to PNG’s first election prior to independence, I got to travel all over the country, covering the country’s first election campaign, flying in to all sorts of isolated airstrips in old DC3s and Cessnas. Even Time Magazine considered the story important enough to send a journalist and photographer, David Beal, from Sydney to cover the event. Getting to meet a professional Time photojournalist made a great impression one me. After all, it was my burning ambition to see my work published in magazines like this.

Encountering each other on the campaign trail, David and I shared a few beers but then we both headed off in different directions; he to the highlands, me to Rabaul in New Britain. In travelling the country, something that even today still has to be done mostly by plane, our paths crossed once again in transit at Lae airport. David was looking very sorry for himself; he was hobbling on crutches with both his legs in plaster from ankle to thigh.

While shooting with a long lens in the highlands, with the camera to his eye he had stepped out onto a narrow one-way bridge just in time to share it with a large truck. The impact broke both his legs and his Nikons sailed over the bridge and into the river below. The outcome of this unlucky accident was that my pictures ended up with the story in Time.

I think it was this particular tear-sheet that swung me a staff job on new national daily, The Australian, later that year.

But this is not the end of the story. David Beal went on to establish the biggest and best audio-visual company in Australia. When I wanted to produce an audio-visual portfolio piece on Indonesia, I decided to engage his company. When it was completed we launched the audio-visual with a little party at the AM studios. David was there for the showing and the drinks afterwards.

Late that night, he woke up to the clatter of  rocks being thrown on the roof of his house in Paddington by some drunken louts. Racing out in his pyjamas to give them a verbal spray over the back fence, he leapt onto a garbage can. Losing his balance in the dark, he toppled off the can and broke his leg! For a few years after, David and I kept up a running joke that after meeting with me he had almost as many broken legs as we had had face-to-face meetings. I’m certain he made a deliberate policy of avoiding me after that so he could remain ambulatory.

Many years ago, on assignment in Java for Garuda Indonesian Airways, I went to photograph silversmiths at Tom’s Silver in Jogjakarta. I saw a craftsman applying his skills to an aluminum hard hat. It seems that oil-rig workers commissioned them and, amongst others, Tom”s Silver had made them for a couple of US Presidents and at least one Pope.

I just had to have one!

After paying my $US50, spelling out my name in pencil on the back of an envelope, specifying that the design should include a Nikon and some Australian elements, I left the silversmiths to do their work. A month later the hard-hat arrived in the mail. It was fantastic! An incredible photographic artefact.

There were Australian plants, a kangaroo and an emu, flowers and animals embossed all over the hat and a map of the continent on the back, in the most flamboyant array imagineable. Of course, I only ever gathered up the nerve to wear it to parties and then only when drunk. Too Village People!

But then one day looking at it on a shelf in the studio, I came up with this promotional still life with two Nikons, I called, Industrial Self-portrait….

For the amusement of my friends here’s a shot of me modelling my chapeau:

What every well-dressed industrial photographer should wear...

This photographer's life
Blog at WordPress.com.